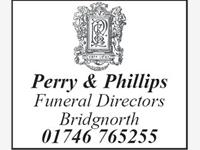 Light a Candle
Originally printed on June 15, 2021 in the Shropshire Star.
Viewed by 307 Visitors.

Brian Henry We are sorry to say Brian Henry Thompson, aged 90, of Bridgnorth, passed away in hospital at Telford on May 28, 2021. His passing was peaceful. Please don't be sad but rejoice his life and the memories we have.

Brian had a wonderful life. He was a true gentleman. Born in Cheadle Hume in 1931 he had many adventures throughout his life. He was in the Royal Air Force as an All Weather Pilot, a Police Officer in Canada, migrated to the US and had many interesting jobs ultimately retiring as a Software Development Manager with Hewlett-Packard.

His love was his Son, Bradley, body building, rugby, American football and most of all the performing arts. He was an actor in many Gilbert and Sullivan plays amongst others. He was a great story teller. He was loved and will be missed by so many of his Friends and Family.

If you wish to pay your respect to Brian, the cortege will depart from Perry and Phillips Funeral Directors, Bridgnorth, at 7.30am on Friday, June 18.

There will be a private gathering at a later date to celebrate his life. In lieu of flowers, donations to the RAF Benevolence Fund are being gratefully received either direct to the Funeral Directors, or online at www.perryandphillipsfunerals.com

15 June 2021
Please accept our condolences at this difficult time.